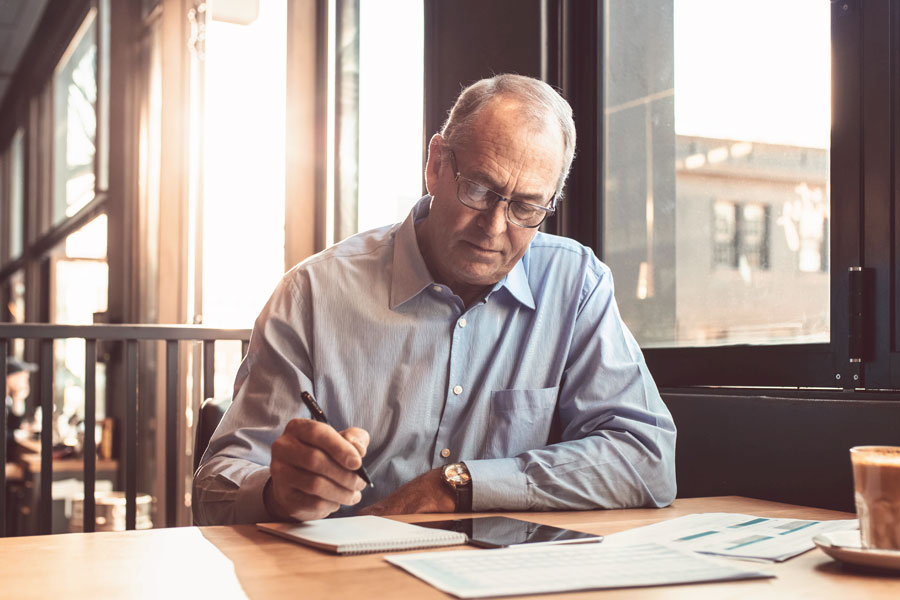 There’s no doubt about it. Filing for Social Security can be daunting.

There’s a ton of information – and misinformation – about Social Security to weed through, as well as the need for some calculations based on several variables. Your benefits depend on your age, how long you’ve worked, what you earned, your marital status and number of dependents. Seems like you have to factor in everything but your IQ. So to help, we offer some common misconceptions as well as some guidance on ways to get the most from your hard-earned retirement benefits.

Myth No. 1: Social Security won’t be around when I need it.

While it’s true that your contributions go to current beneficiaries as opposed to an account reserved for you, Social Security continues to be replenished by younger, working Americans, as well as earned interest on its bond portfolio and income tax on benefits paid to higher-income retirees. However, the trustees have projected that any existing surplus could be depleted sometime between 2033 and 2037, if no further legislative action is taken. This could mean that future retirees may be paid some portion, between 75% and 80% for example, of the benefits promised, but not zero like many fear.

Myth No. 2: Social Security is all you need.

Somewhat paradoxically in light of Myth No. 1, more than half of Americans expect to fund their retirement entirely with Social Security. While benefits do get adjusted for cost of living increases, they were always intended to supplement, not replace, retirement savings. Retirees received an estimated average of $1,461 in benefits for the month of January in 2019. Even if you live frugally, that amount is likely not enough to account for all the variables you might encounter over a decades-long retirement. That’s why it’s important to do what you can to maximize all your retirement savings for as long as possible (think taking full advantage of your employer’s 401(k) match).

Myth No. 3: File as early as possible.

No one quite knows how long you’ll live past full retirement age (FRA), so some think you should collect as soon as you’re eligible. But that means permanently reducing benefits when the odds favor a longer lifespan for most of us. Your advisor can help you calculate your breakeven point based on your statistical life expectancy and your family history. Higher earning spouses, in particular, may want to delay as long as possible, not just to maximize their own benefits, but to ensure a higher payout for their widow or widower when the time comes. Surviving spouses are eligible for 100% of their spouse’s benefit.

Myth No. 4: File as late as possible.

We’re not trying to confuse you. For the vast majority of applicants, waiting past full retirement age to file makes the most sense financially. But there are conditions that warrant filing early, particularly if you need the extra income or if your health isn’t the best. On the other hand, retirees who want to have the most income during their prime years may want to file early, too. Should you change your mind, you can claim a do-over within the first year, but you have to pay back what you received. If longer than a year, you can voluntarily suspend your benefits at FRA and then earn delayed credits until age 70.

Myth No. 5: You’ll lose benefits if you continue to work after filing a claim.

If you file before your normal retirement age and continue to work, your benefits will be temporarily reduced depending on how much you earn. But those benefits are merely delayed until full retirement age (FRA), not lost forever. Once you reach FRA, you’ll receive increased monthly payments to make up the difference. Plus, you may end up increasing your annual benefit because Social Security is based on your 35 highest years of income.

Myth No. 6: You’re out of luck if you’ve never worked outside the home.

It’s true that regular benefits are based on an employment record of at least 40 quarters. But those who haven’t worked for that long, or at all, can receive half of what a spouse or even an ex-spouse would receive (as long as you were married for at least 10 years and haven’t remarried). If you’re a surviving spouse, you may be eligible for full benefits on your spouse’s record. Even ex-spouses can claim full survivor benefits as long as you were married for more than 10 years and never remarried before he or she passed away. Of note: remarriage after age 60 does not prevent or stop entitlement to benefits for survivors – even ex-spouse survivors.

Filing for Social Security based entirely on advice from nonprofessionals may work just fine, but it may not help you maximize benefits, which could leave thousands of dollars at stake. Often a consultation with your financial advisor and an accountant can help determine the best strategy.

The information, analysis, and opinions expressed herein are for general and educational purposes only. Nothing contained in this commentary is intended to constitute legal, tax, accounting, securities, or investment advice, nor an opinion regarding the appropriateness of any investment, nor a solicitation of any type. Information obtained from third party sources are believed to be reliable but not guaranteed. Rightwealth makes no representation regarding the accuracy or completeness of information provided herein. All opinions and views constitute our judgments as of the date of writing and are subject to change at any time without notice.